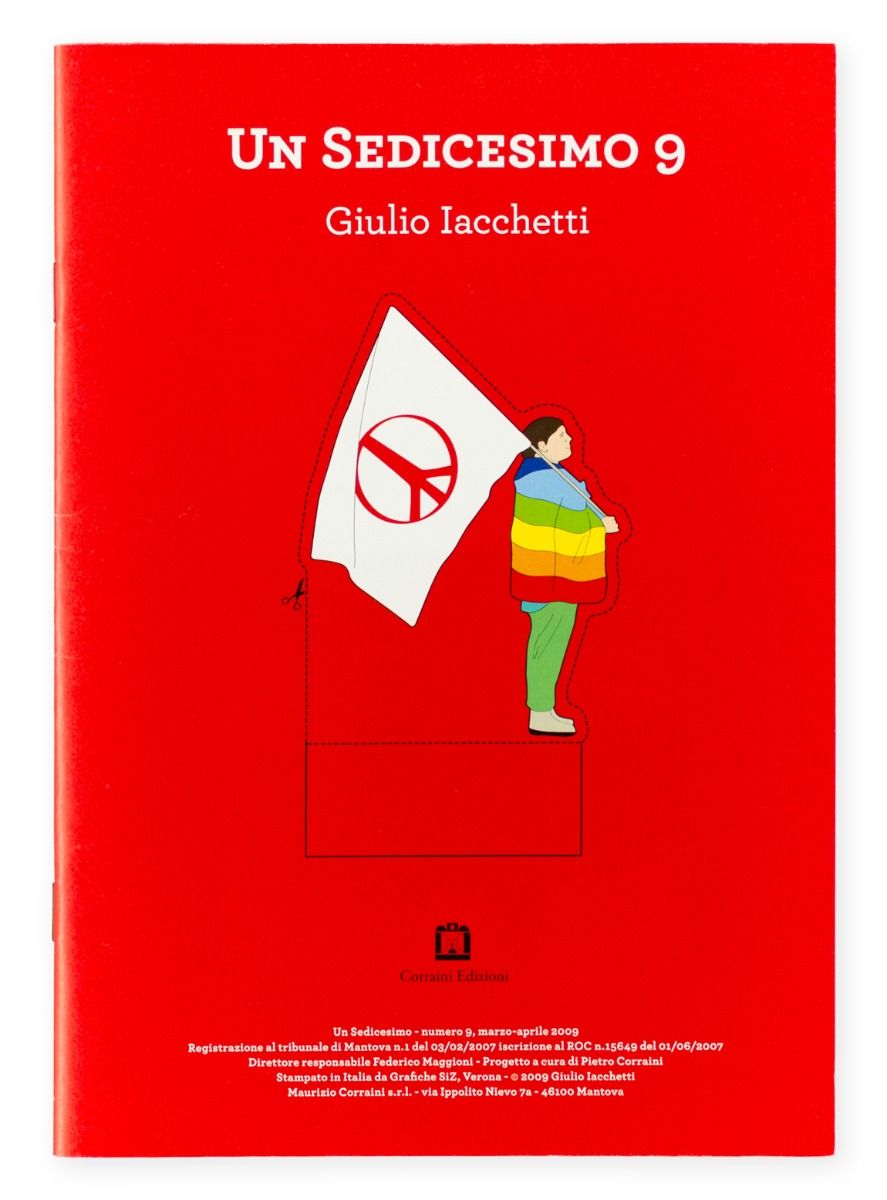 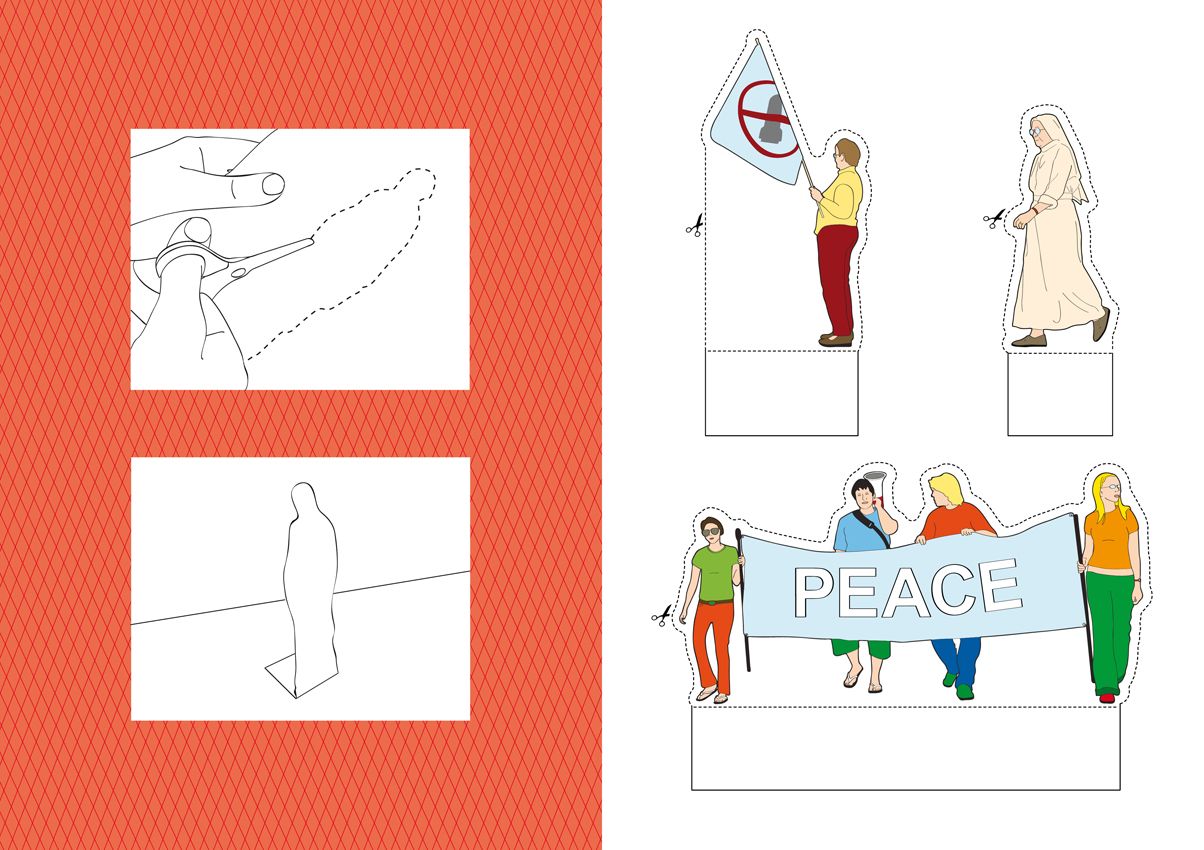 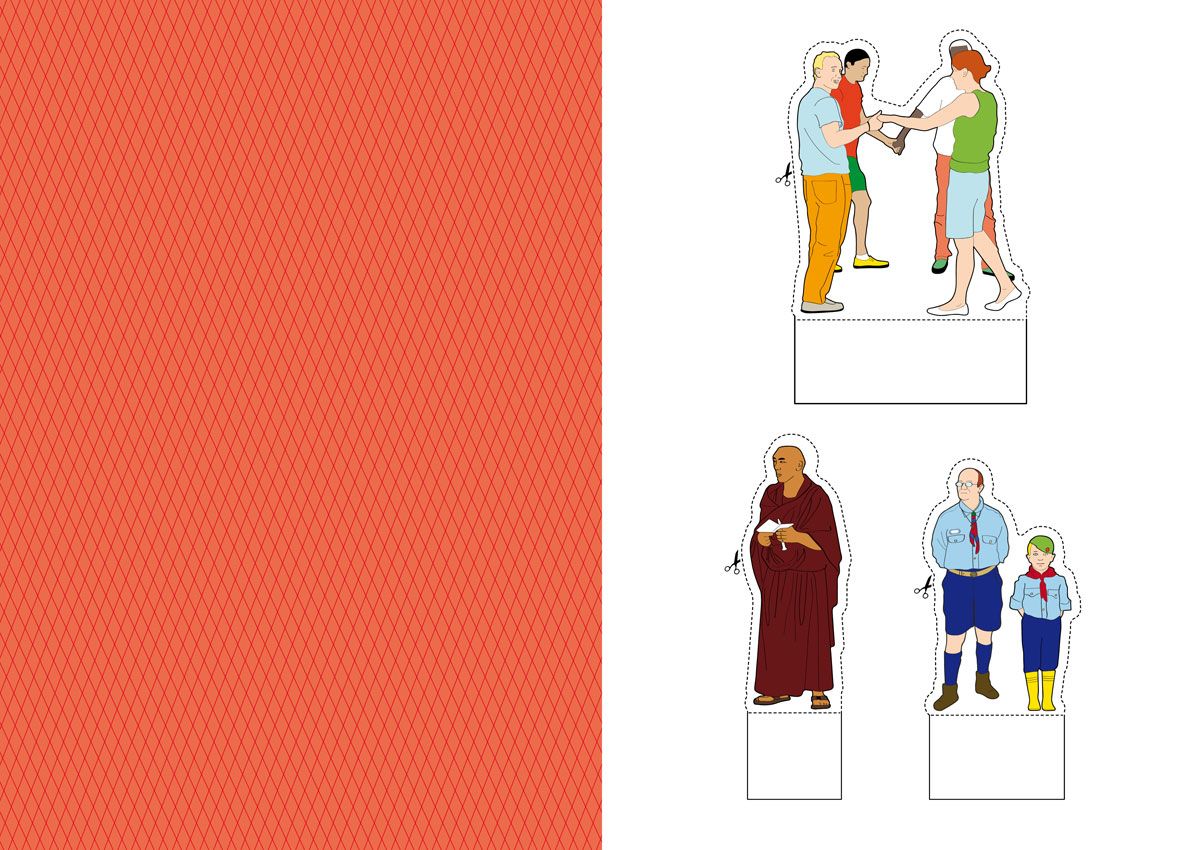 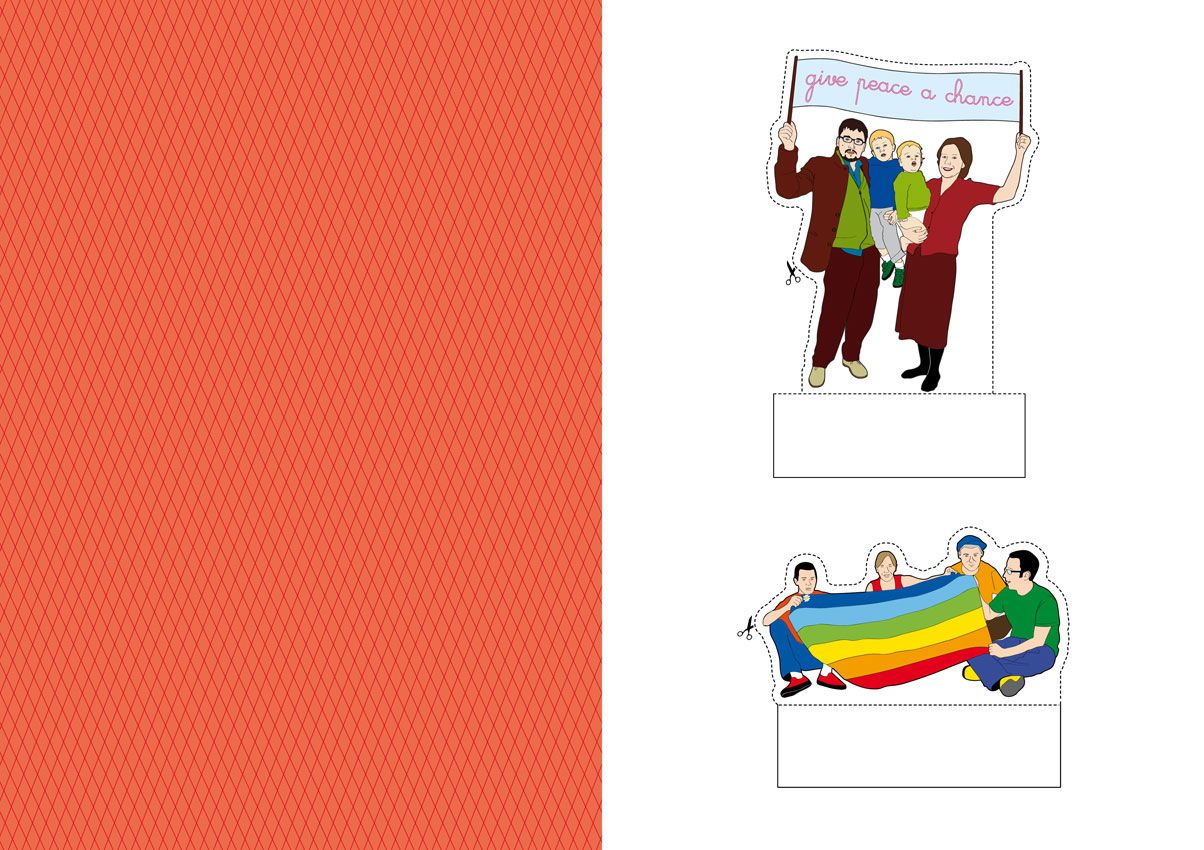 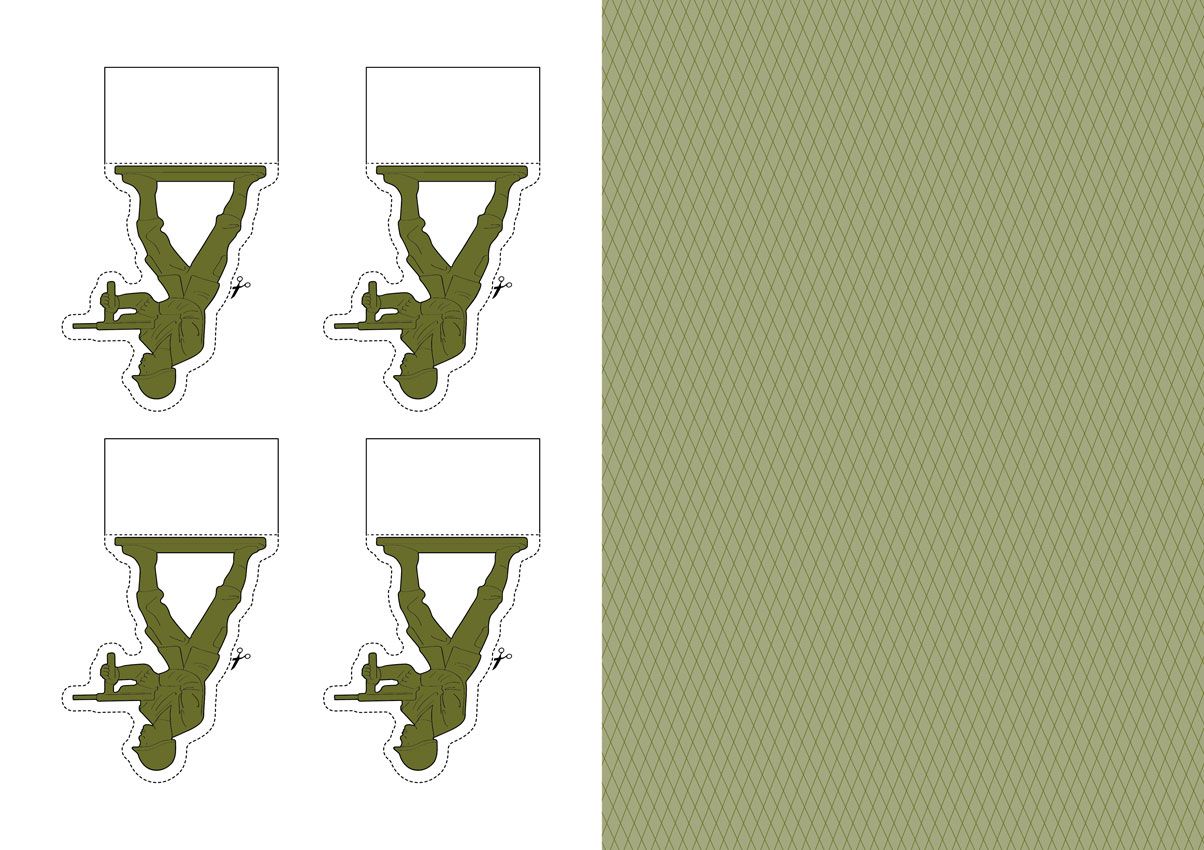 War and Peace: in the pages of this Sedicesimo you’ll find many little toy soldiers (they all look exactly the same) and a series of characters taken from a possible peace demonstration (families, nuns, Buddhist monks... all different from each other, colourful and disordered...). You may cut out the figures and fold the flap on their bottom: children and adults have thus the possibility to decide to create an army or a peace demonstration (or maybe, both of them). What matters is to instil a doubt, the possibility of making choice, a personal reflection about htese themes. Following the multifaceted spirit of variety of Un Sedicesimo, this project faces diversity in total autonomy from the designer’s point of view, without remarks, observations nor debates.

Giulio Iacchetti industrial designer since 1992, designs for many brands including Abet Laminati, Alessi, Artemide, Fontana Arte, Foscarini, Ifi, Magis, Pandora design. He is Art Director of Danese Milano, Dnd, Myhome and Internoitaliano.
The distinctive characteristics of his work is the research and definition of new object typologies, like the Moscardino, the biodegradable spoon/fork designed with Matteo Ragni and for which, in 2001, he has been awarded with Compasso d’Oro. In 2009 he was awarded the prize for innovation – Premio dei Premi – by the President of the Italian Republic for the Coop Eureka project, which brought the design in the large-scale retail trade. In May 2009 the Triennale di Milano held a solo exhibition entitled “Giulio Iacchetti. Disobedient objects “.
In November 2012 he launches Internoitaliano, the “factory network” made up of many craftsmen labs with whom he signs and produces furniture and accessories inspired by the italian way of living. He had also pursued his personal research project into new design topics such as the symbol of cross from which came the exhibition titled Cruciale held by the Diocesan Museum, Basilica di Santo Stefano Rotondo in Rome and by Castello di Lombardia in Enna, Sicily.
In 2014, he won his second Compasso d’Oro for the design of the manhole covers Sfera, designed with Matteo Ragni for Montini.