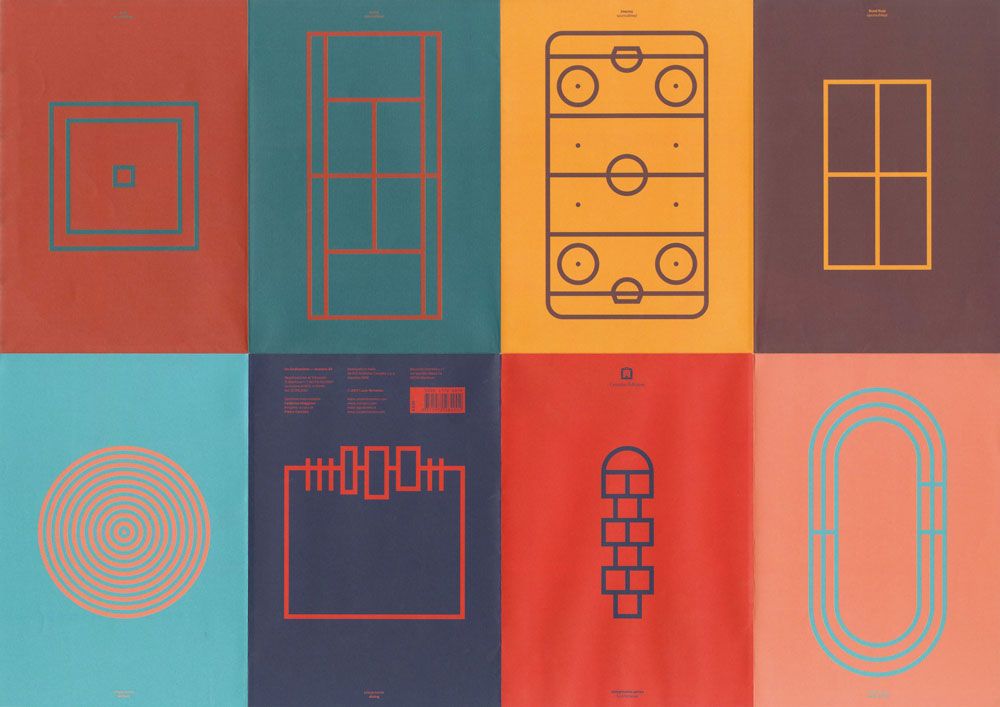 In this issue of Un Sedicesimo, playgrounds are the protagonists. Luca Terraneo plays with lines and complementary colors, in a never ending bounce between a game and another. Among tennis and hokey playgrounds, we can find ping pong table’s perimeter and diving trampolines too. Once opened, this Sedicesimo becomes a big basket playground ready to be hang at your favourite wall.

Luca Terraneo is a graphic designer born in Milan in 1982. He graduated in Visual Communication Design from the Politecnico di Milano and underwent professional training at Studio Priori, Studio Paola and studio FM milano. In 2007, he obtained a certificate in Typography Design from CFP Bauer and became an independent graphic designer. He has worked consistently with studio FM milano since 2010.
His scope of interest is linked to research on the synthesis of the concept, ranging from paper to new media. He works in coordinated imagery, publishing, staging, signage and typography.