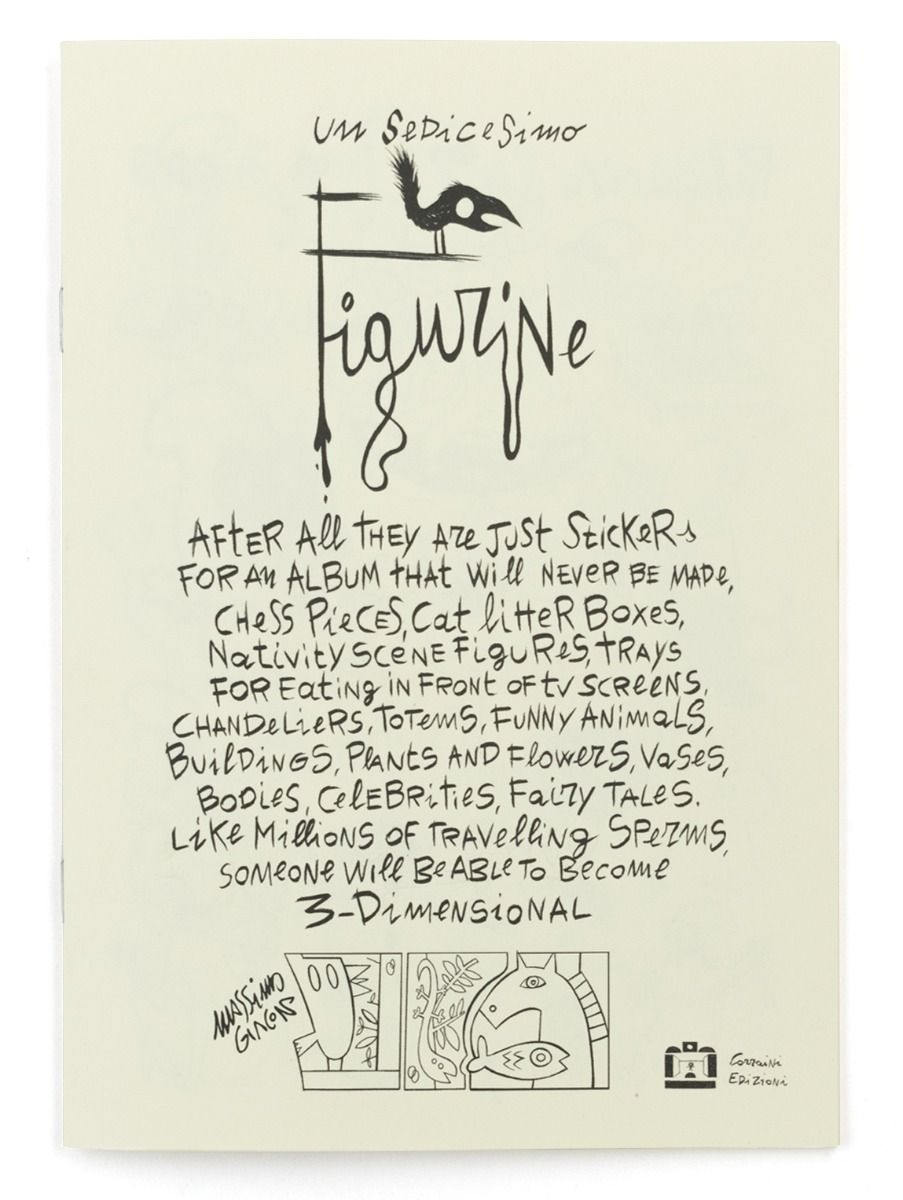 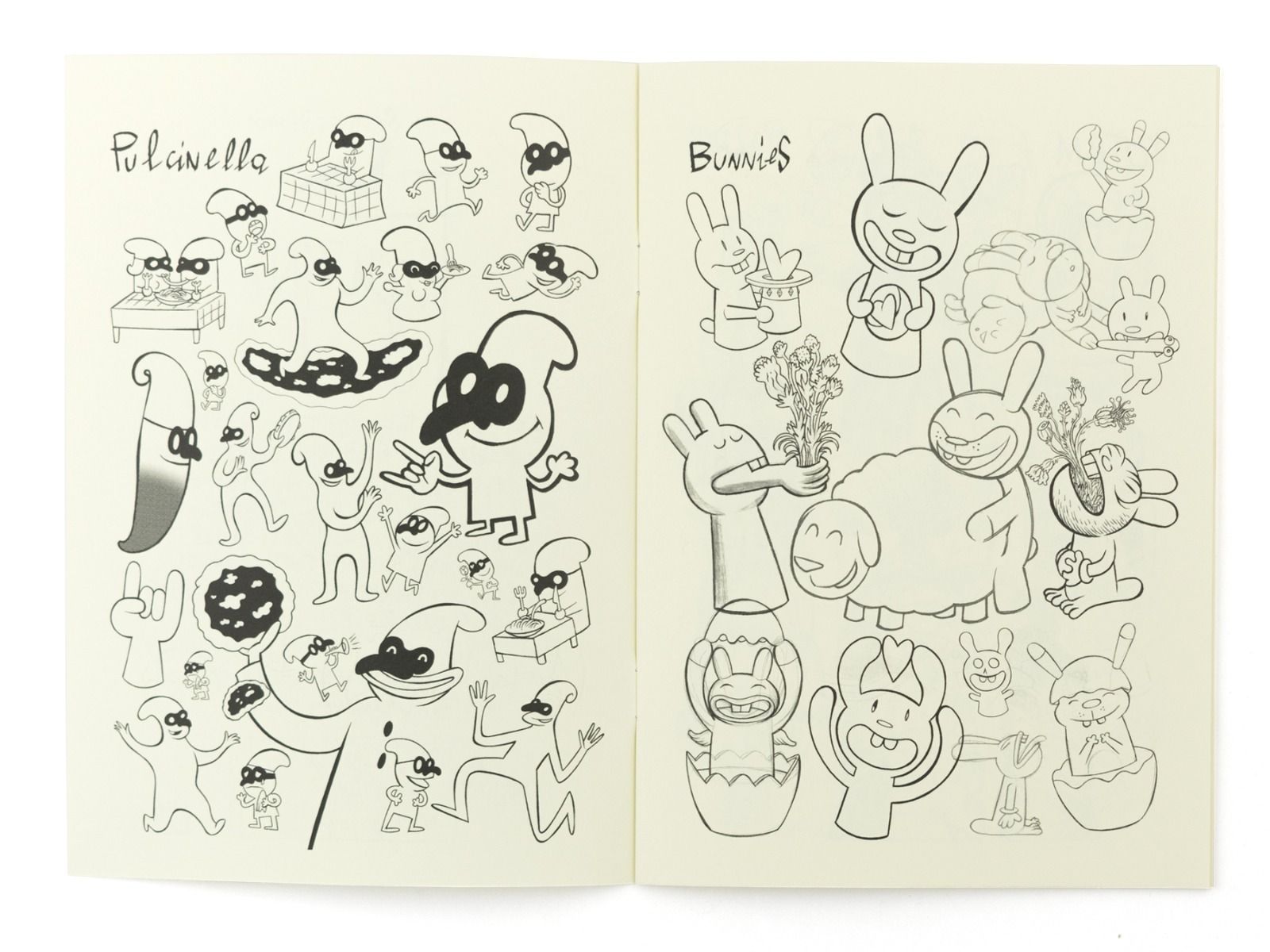 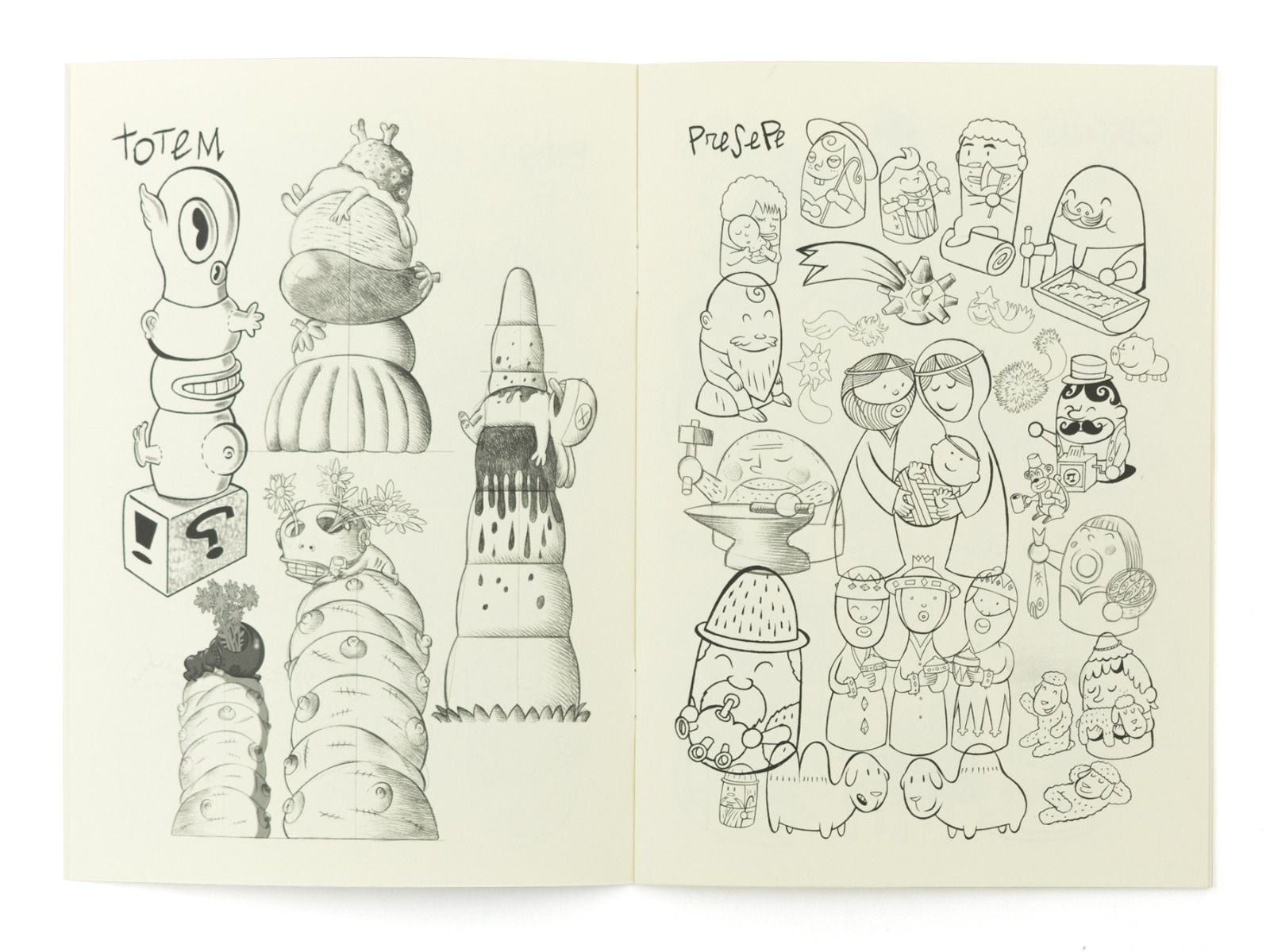 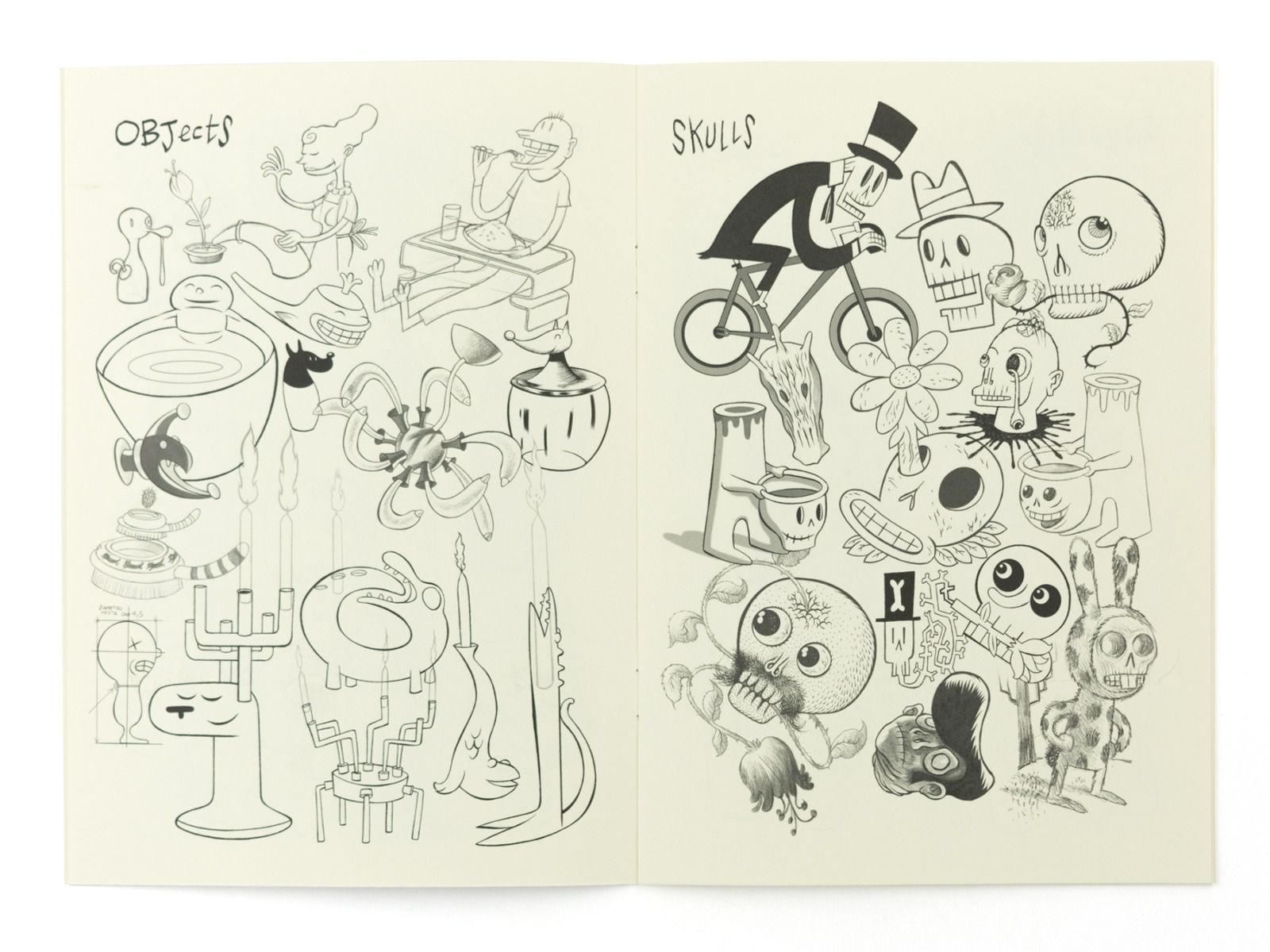 "Flipping through my sketchbooks, I noticed many repeating signs, grouped in 15 possible puzzles which, in these pages, make up a unique map of what should represent me, and the “should” is important, given that the signs we produce represent us but they are also only a fraction of what we might be."

Massimo Giacon was born in Padua, Italy, in 1961. He oscillates between his various activities as a cartoonist, illustrator, designer, artist and musician. A star of the early 1980s revival of Italian comics in magazines like Frigidaire, Alter, Dolce Vita, Cyborg and Nova Express, he started working with design guru Ettore Sottsass in 1985, following up with designers Matteo Thun, Studio Mendini, Sieger Design and projects for Olivetti, Memphis, Artemide, Alessi, Swatch, Philips, Ritzenhoff, Telecom. In 1990 he embarked on an artistic career that led to numerous solo and group exhibitions in Italy, Switzerland, the United States, Korea, Hong Kong, Russia, Canada, Greece and Portugal. He is currently designing and producing various objects for Alessi, illustrating comics for Linus and pursuing his musical and artistic activities.