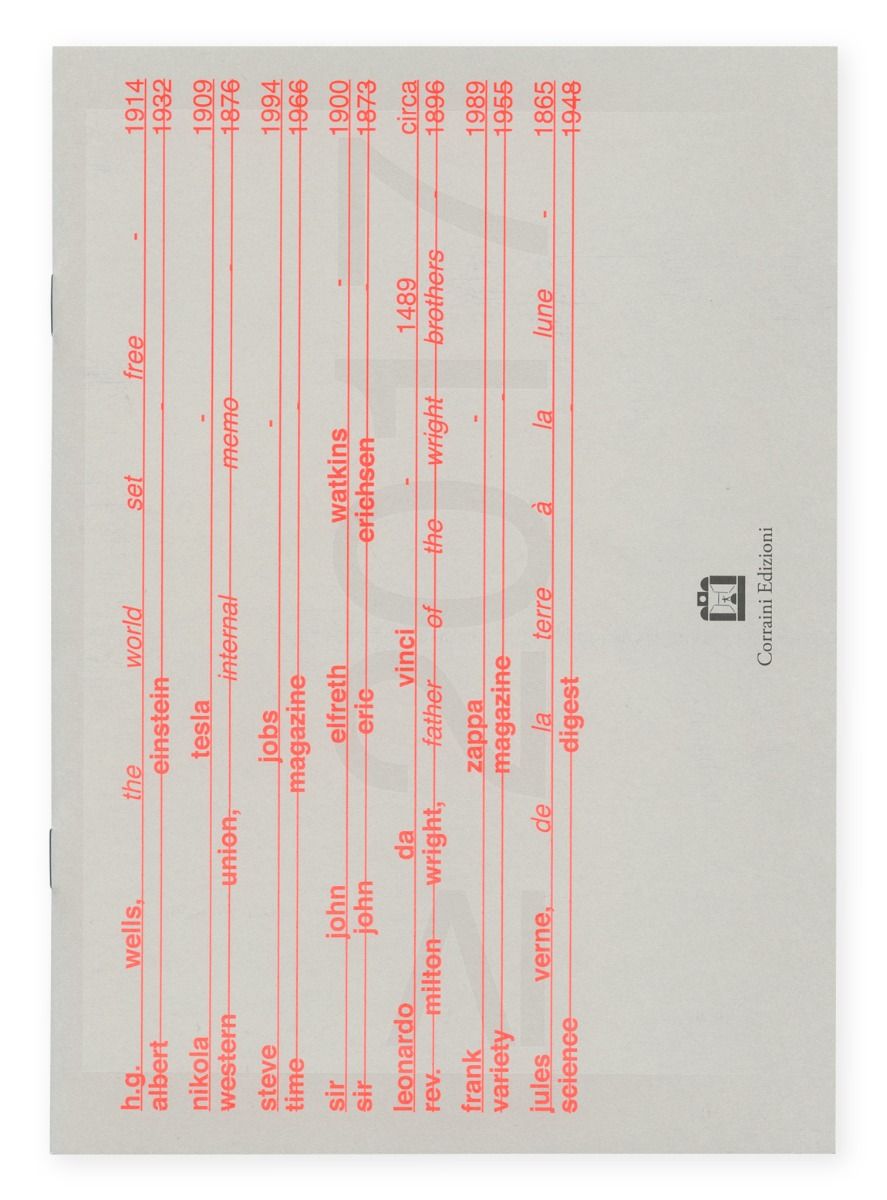 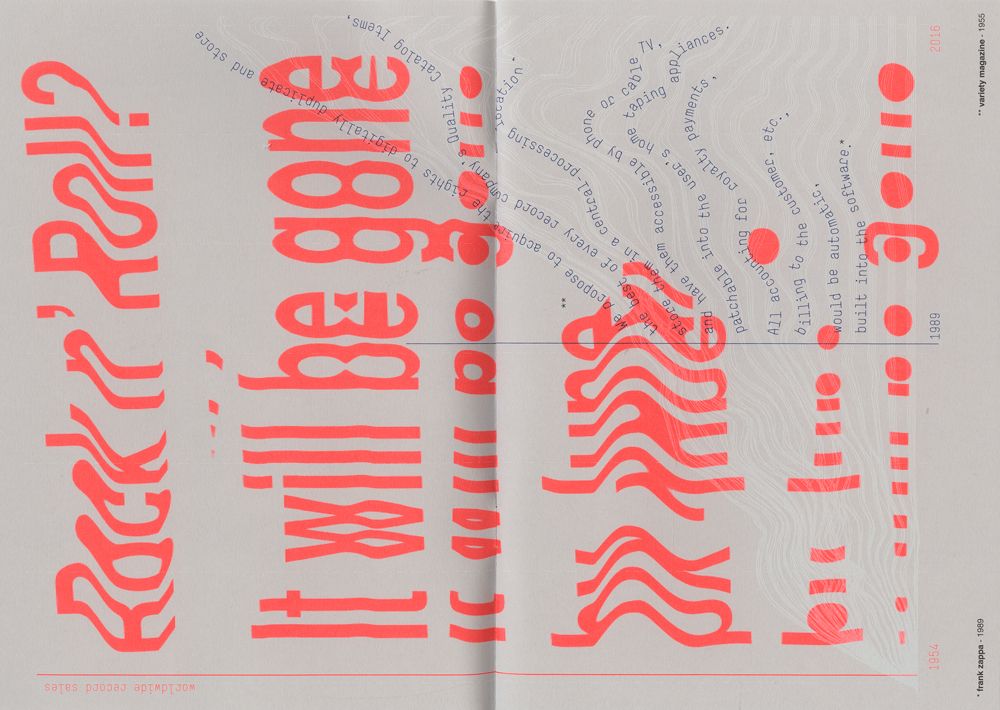 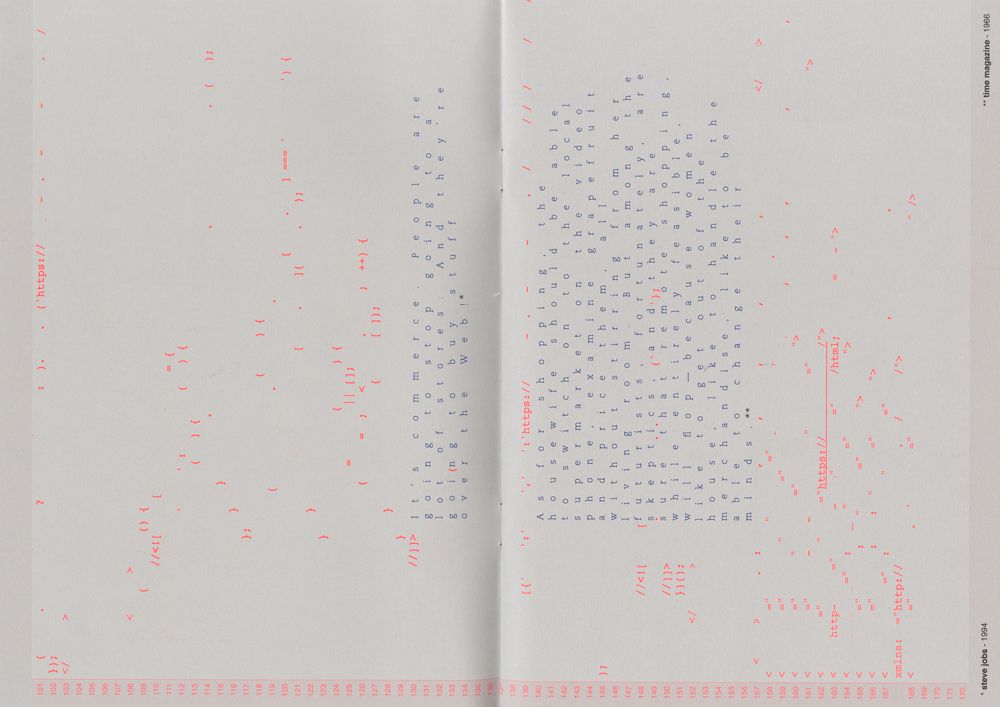 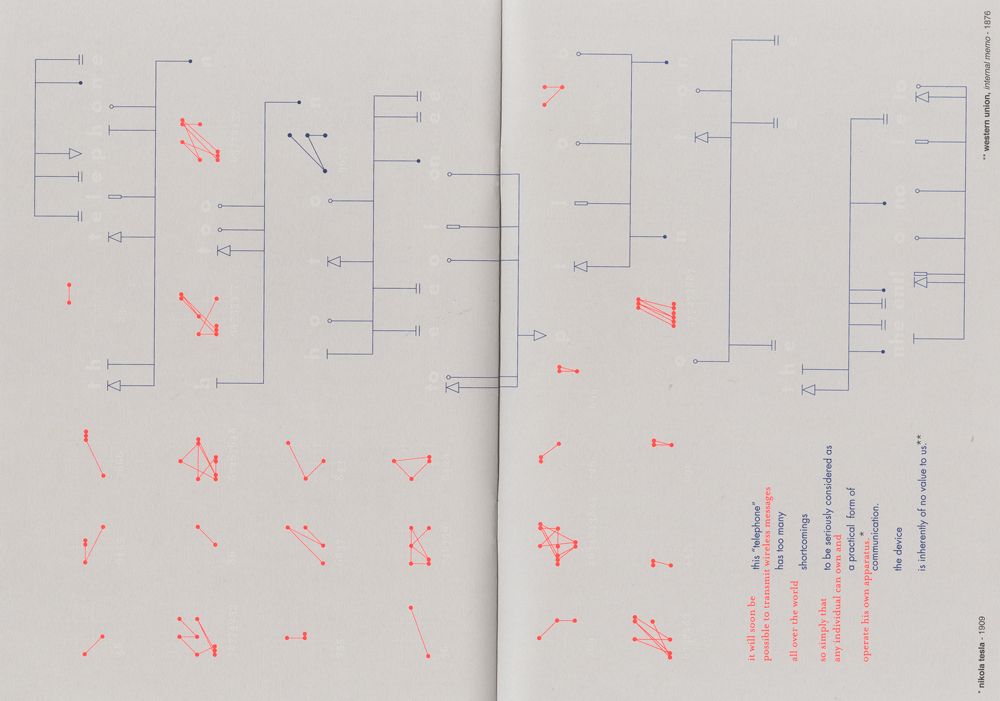 To mark their twenty year anniversary, the graphic design studio jekyll & hyde, rather than celebrating their past, have decided to investigate their future and they have gathered together some typographic experiments on the possibility and impossibility of predicting it in this issue of Un Sedicesimo. The levels of the text subtly blend and play among themselves, in part thanks to the printing on grey paper of this edition of typographic illusions.

jekyll & hyde is a graphic design and visual communications studio founded in Milan in 1996 by Marco Molteni and Margherita Monguzzi. Many of their projects have been praised and awarded on both a national and international level